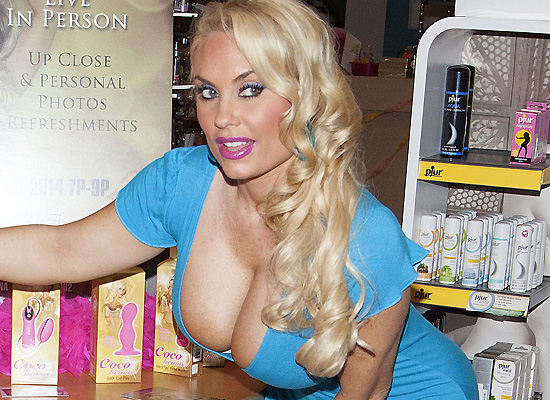 So apparently Nicole Coco Austin was in Las Vegas the other day to promote her new line of “pleasure products,” which I’m pretty sure is what people call sex toys when they want to pretend they’re serious business moguls. I get it, it’s why I call myself a “fashion reporter” instead of a lingerie blogger. Anyway, whatever she calls it, I’m glad to see Coco brought her awesome cleavage out to help promote the collection, because I’m sure it helped boost sales. Enjoy the view! 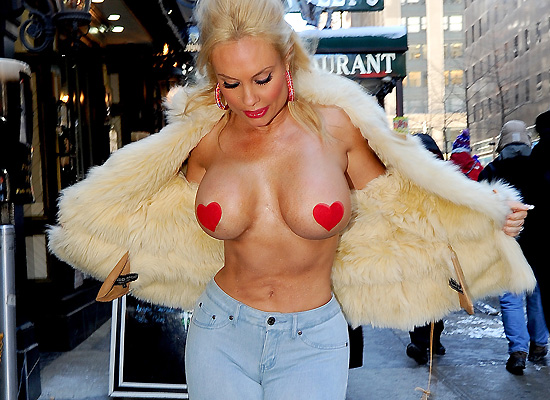 Here is Busty Nicole Coco Austin topless with her nipples covered with red pasties celebrating word that she and her old man were getting a new talk show  on the freezing streets of New York. Coco and Ice-T are working with TV giant Ryan Seacrest on the upcoming show. Coco wasn’t merely in the mood to expose herself however – she was in fact filming a segment for an upcoming TV show. I’ll certainly take a look at this show! Enjoy the view! 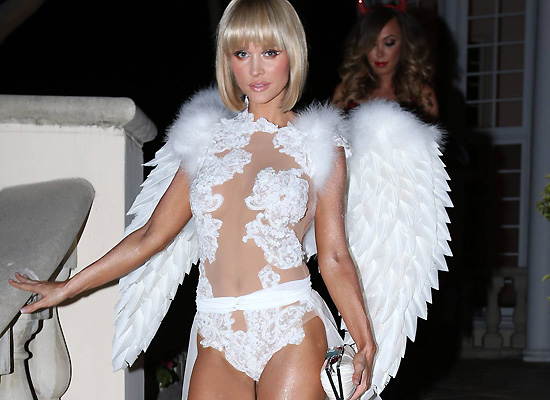 And here are the rest of the celebrity babes that caught my attention with their Halloween costumes… some for not-so-sexy reasons. Yeah, I’m looking at you Heidi Klum! Believe it or not, Joanna Krupa was by far the sexiest of the bunch, but nowhere near as shwingtastic as Nicole Scherzinger Catwoman costume. Still, there’s a whole bunch of dressed-up hotties here, including some vampire Francesca Eastwood upskirt. So, enjoy:  Nicole Austin, Laeticia Hallyday, Francesca Eastwood, Shenae Grimes, Hayden Panettiere, Helen Flanagan, Chelsee Healey, Lindsay Ellingson, Chanel West Coast, Joanna Krupa, Claire Sinclair, Christina Milian, Heidi Klum, Gwen Stefani, Jessica White and Bethenny Frankel. 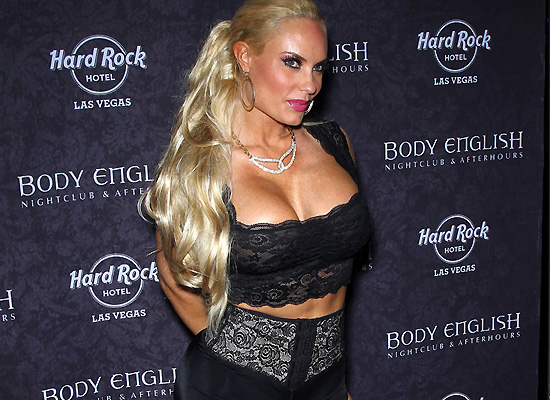 Here is your girl Nicole Austin – Coco hosting Sunday School at Body English Nightclub & Afterhours inside the Hard Rock Hotel and Casino in Vegas where she and hubby Ice-T will also commemorate the conclusion of Peepshow’s run with a final performance. Which means you’re out of luck if you haven’t seen it by now. Still you can enjoy this Nicole Austin cleavage show! 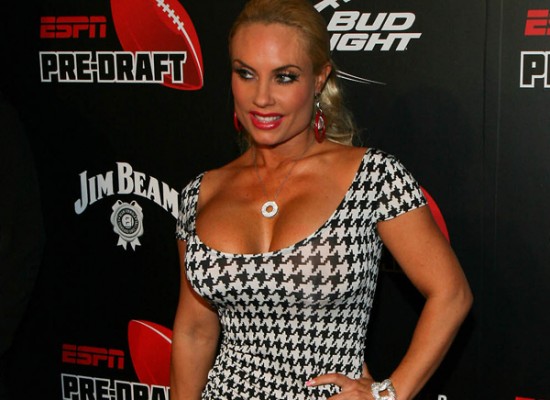 I did not have pictures of Nicole Austin hot on the site for some time, but today I wanted to correct that mistake. Here’s Ice T’s wife CoCo looking good with her big breasts and massive posterior stuffed into a tight little dress at ESPN The Magazine’s 10th Annual Pre-Draft event. I’m not sure what she was doing there, but her cleavage does look good squeezed into that tight dress, so remind me to send a thank you card to whoever was responsible for putting together the guest list. Enjoy the photos. 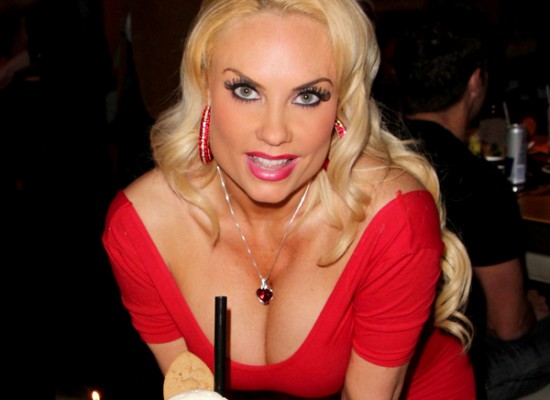 I’m so used to seeing Nicole Austin show off her massive booty that seeing her all classed-up like this is kind of a surprise, but I found out that her birthday was this weekend so it is logical that she did not come to the party in a bikini, but I would not mind… Anyway, I’m pretty sure we need to start observing CoCo’s birthday as a national holiday considering the awesome view she treated us to. I don’t know about you, but I’m going to need a full day off to recover from looking at these pictures. I think I celebrated a little too vigorously. Enjoy this Nicole Austin hot gallery. 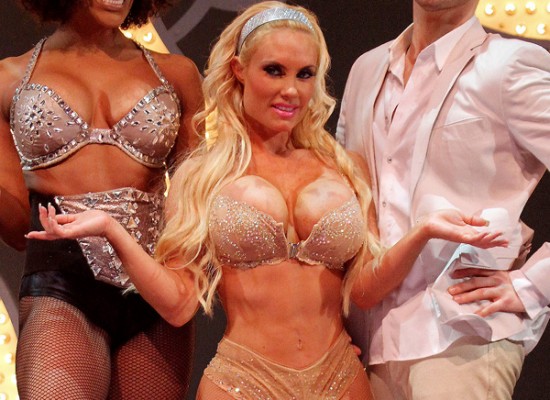 Do I really have to write anything about these pictures of CoCo? I think everyone knows exactly why I put her up on the site, she’s got a few qualities that I really enjoy in a woman. Here is Nicole Austin nude almost performing at the opening night of something called Peepshow at Planet Hollywood in Las Vegas. If you ask me, this is one of the best way for a woman this good looking to use her talents. Enjoy. 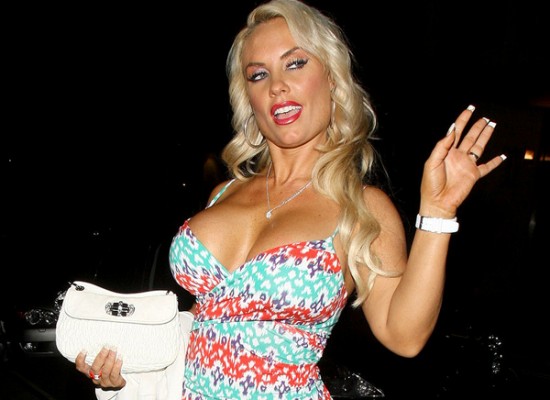 CoCo normally gets all her attention by flashing her big round booty, and well deserved attention, but her breasts often go unnoticed. Poor things. Well not today. Here they are spilling out of her dress while she hits the town. The woman just has some awesome curves and she loves to show them off. Look at that cleavage, it’s like an avalanche of boobs. Awesome. I wouldn’t mind being buried alive in those things. Don’t come looking for me, I’ll be fine.